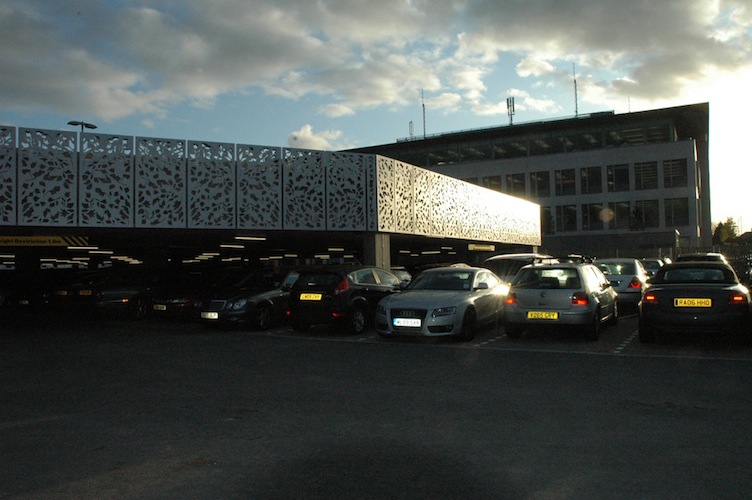 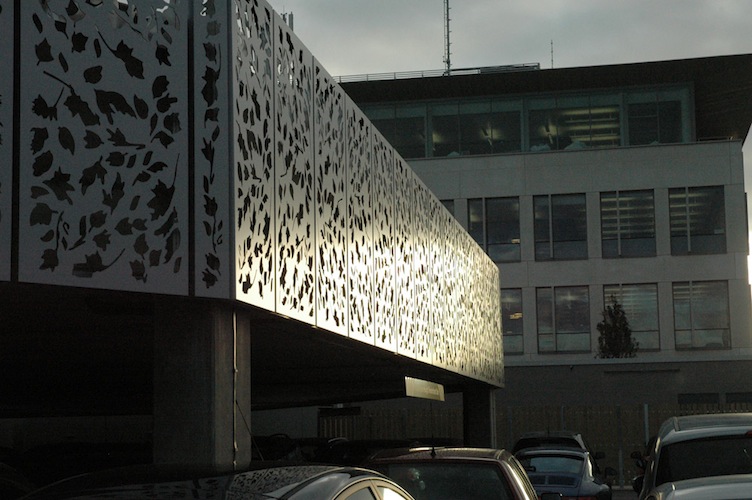 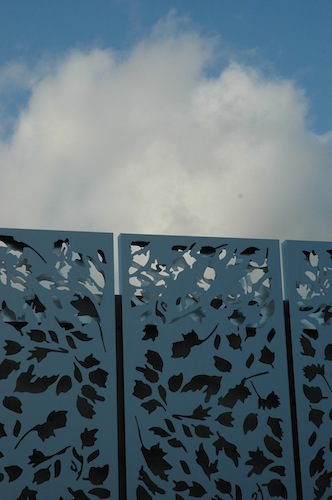 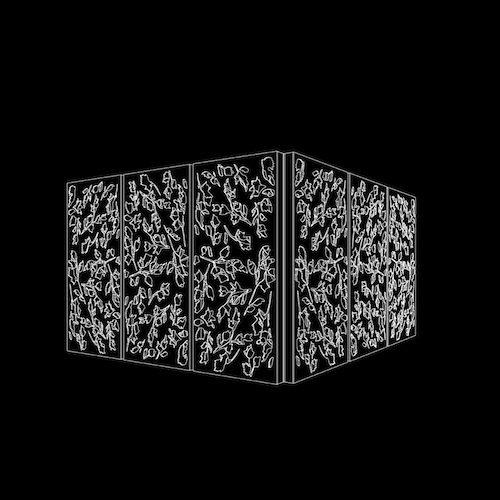 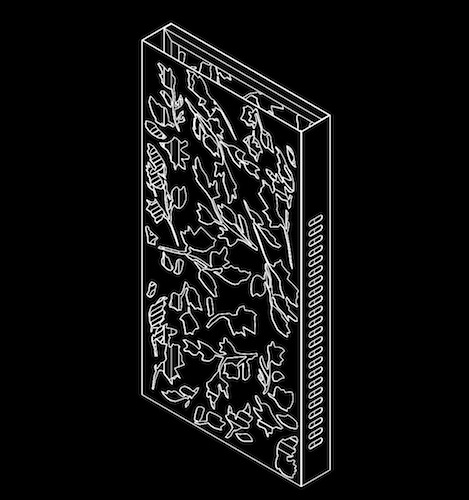 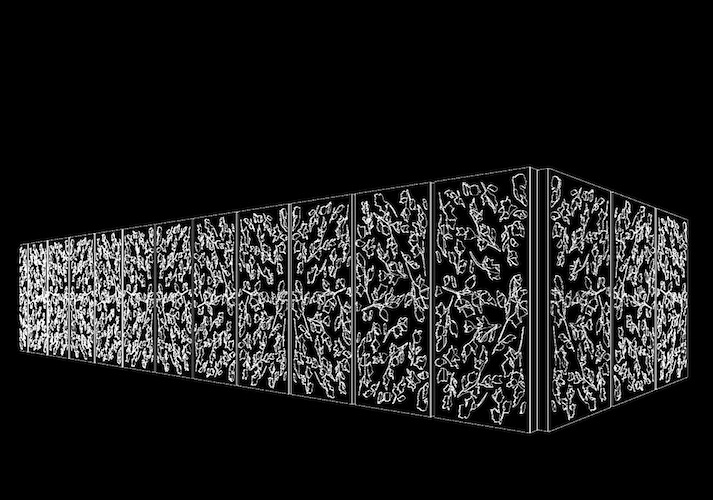 The Archer Architect Studio was appointed to prepare designs for a staff car park to be located behind the new head offices of O2. The brief was simple; to provide a large span deck, which could be expanded upwards, and which could be fun to look at. We achieved this by using a post tensioned concrete flat slab, spanning 15M, and enveloping the perimeter of the deck with a series of large scale laser cut panels. Through discussions with the client an image of a hedge became the defining motif of the project and the design developed to produce a pattern for the panels which would replicate the pattern of leaves.