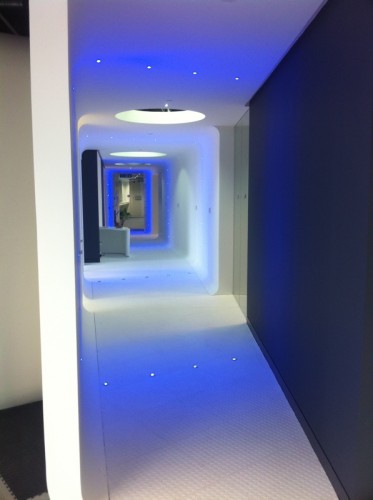 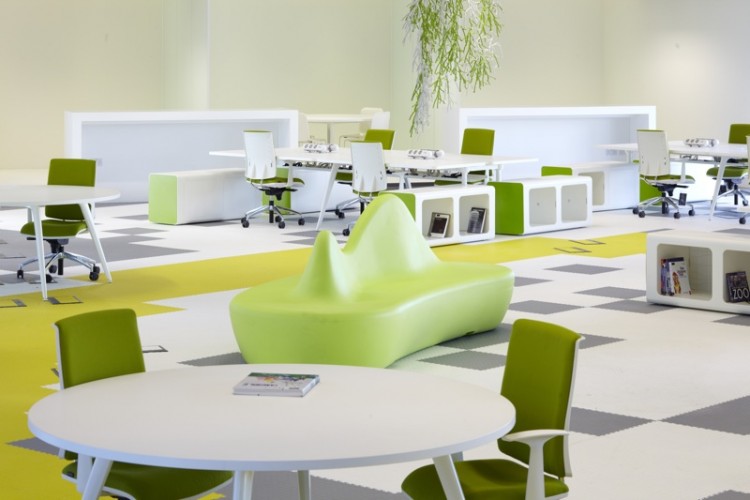 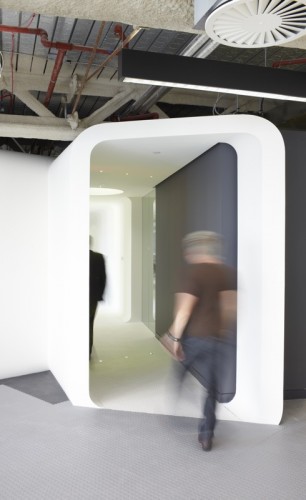 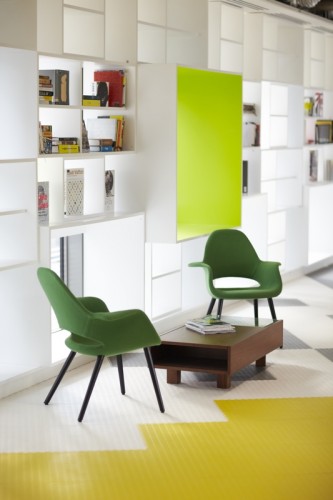 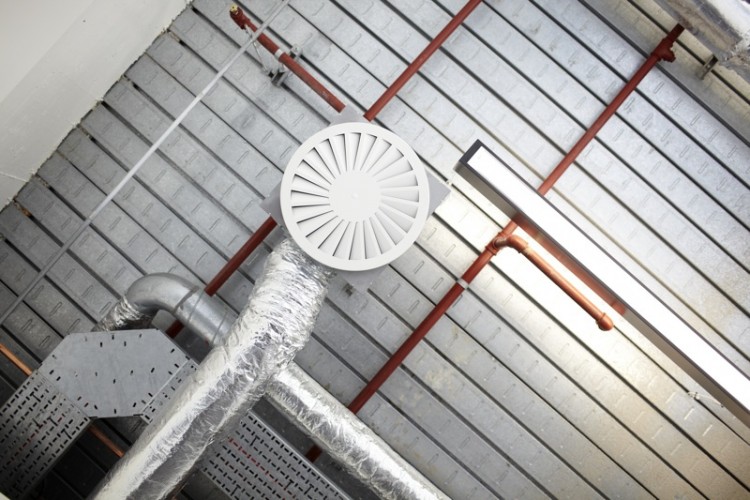 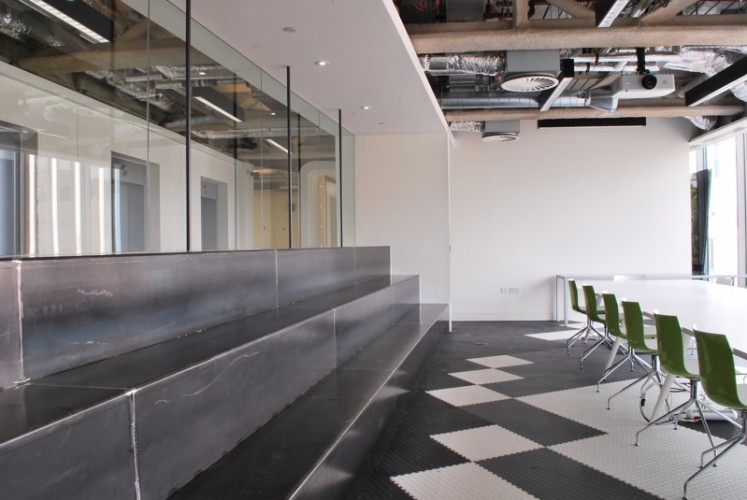 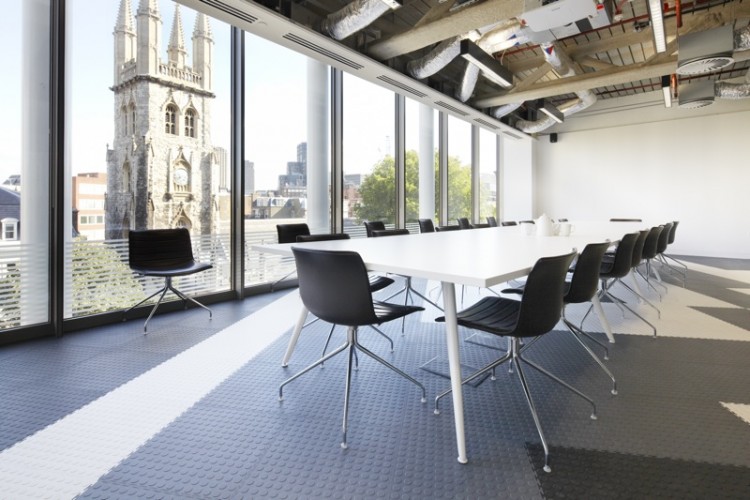 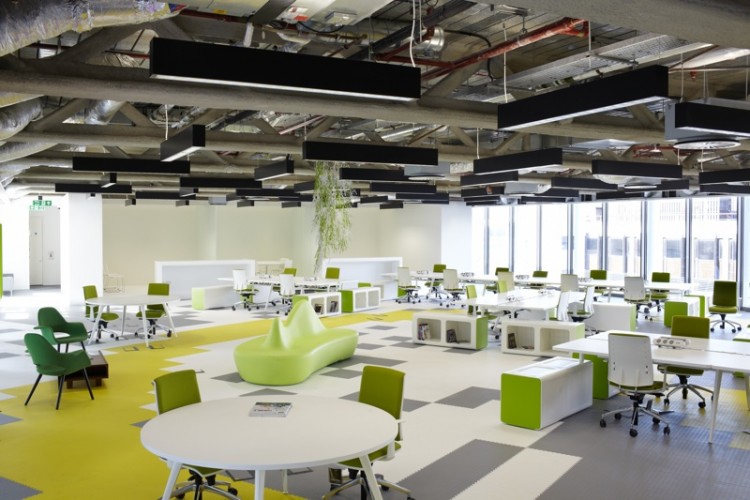 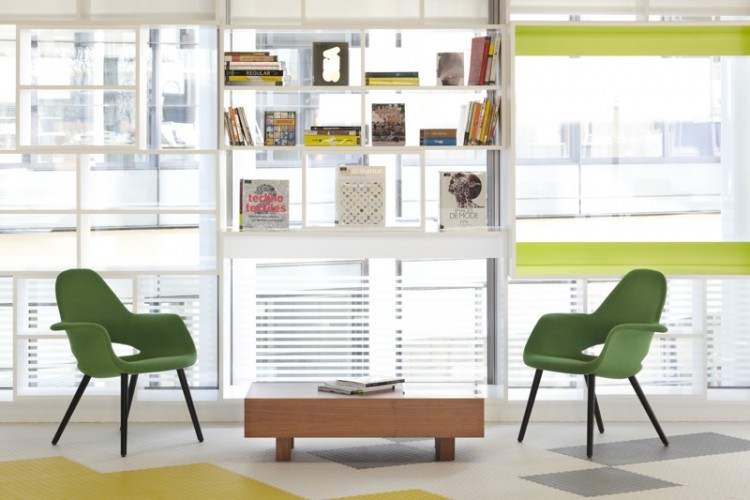 Archer Architects brief centred around the need for a large flexible and stimulating design studio which encompassed a number of specific, multi-valiant, supporting spaces. A key objective of the Archer Architect project was to configure a new sense of place for the designers, which would in turn provide an identity that would enable its work and achievements to become a centre of excellence.

In order to combat the excessively linear and ‘flat’ nature of the 73m long floor plate Archer Architects design strategy was developed which sought to place a defining and orientating ‘object’ within the space, which in turn would provide an armature off which all the attendant functionality could be organised. This concept developed, literally, to provide a journey between the open and available public environments through to the studio space.  Conventional wisdom dictates that creative spaces can only be placed in idiosyncratic and ‘found’ historic buildings, usually in fringe locations. However it was suggested that the entirely unexpected nature of host buildings structural arrangement might provide the missing ingredient necessary to provide the seemingly random character often found in creative spaces.  The resulting arrangement was conceptually highly structured but completely open and available in execution. The defining ‘object’, or ‘Pod’ as it became known was designed quite literally as an explosion; representing the creative gesture: the eureka moment. In reality this was configured as a series of spaces, of varying sizes radiating from a asymmetrical central spine. Importantly nothing was either linear or parallel. The pod controlled access and egress from the studio, but in a non confrontational manner. Once past the threshold to the pod the studio members can move through, past and around its component elements. To emphasise this defining role all surfaces and edges were curved, both internally and externally and visually were never allowed to touch the existing structure. In this way a dynamic was established between the new components of the studio and the found elements of the site. The removal of the ceiling, which acted as a plenum, required the modification of the existing air supply and extraction systems. A new lighting system was also designed and installed throughout which sought to exploit the visual interest of not only the existing structure but also the taut surfaces of the pod.